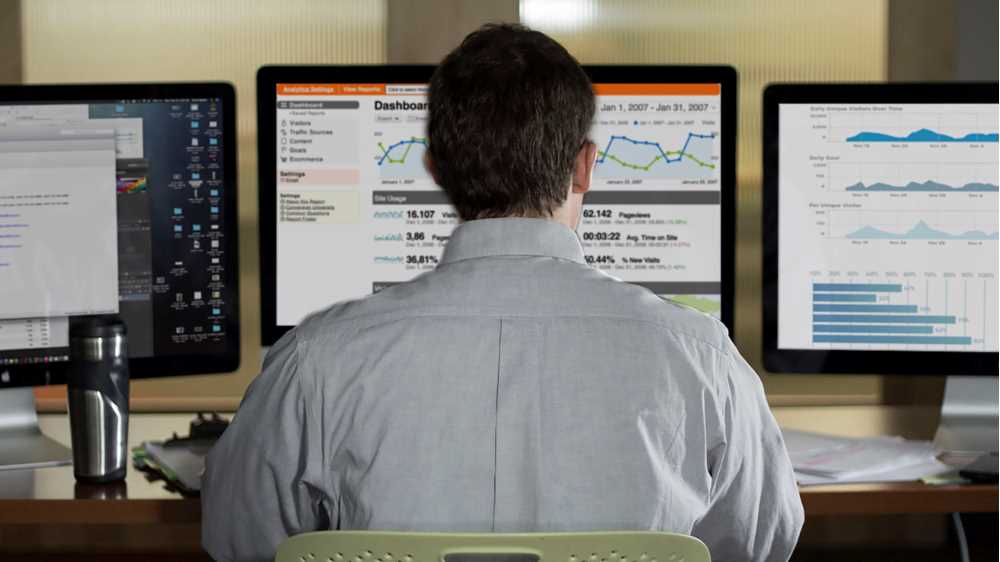 UW Extended Campus facilitates the data science master’s program as a collaboration among UWL, UW-Eau Claire, UW-Green Bay, UW-Oshkosh, UW-Stevens Point and UW-Superior. It is entirely online, making it a good fit for both traditional students and working professionals hoping to take the next step in their career.

UW-La Crosse graduate student Caleb Waack is ready to launch his career in data science — and he will be joining a fellow program alumnus.

Waack, who will complete UWL’s data science master’s program in December, was recently hired by Epsilon, a media company that is part of the France-based Publicis Groupe.

In his new role, Waack will work under vice president for data science Will DeMarest, who earned his master’s degree through the data science program in 2018.

“The main thing that drew me to the data science program was the courses,” Waack says. “It’s hard to find a program that covers all the different topics that this one does — specifically, something that works with cloud computing and has multiple machine learning courses.”

UW Extended Campus facilitates the program as a collaboration among UWL, UW-Eau Claire, UW-Green Bay, UW-Oshkosh, UW-Stevens Point and UW-Superior. It is entirely online, making it a good fit for both traditional students and working professionals hoping to take the next step in their career.

Waack says the program covers Amazon Web Services, Python and many other topics that help students feel ready to excel in the workforce.

The effectiveness of the program allowed Waack to hit the ground running at Epsilon, where he focuses on the ETL (extract, transform and load) process, and building and implementing models.

DeMarest says he enjoyed the program for many of the same reasons.

He considered several online master’s programs before enrolling at UW-Green Bay — and he is glad he did.

“It was very challenging and exactly what I was looking for,” DeMarest says. “I felt I had a better understanding of all aspects of data science after completing the (program).”

At Epsilon, DeMarest leads a team of 10 data scientists who use machine learning algorithms to improve processes in the automotive market. The team’s clients include General Motors, Ford Motor Company, Nissan, Jaguar and BMW.

DeMarest says his UW System education has served him well, and he knew Waack would benefit from the same experiences. That, coupled with Waack’s engineering background, made him the ideal candidate.

“An engineering degree combined with a master’s in data science is a winning combination,” DeMarest notes. “Caleb is an excellent problem-solver and innovator. He has great soft skills and is excellent with data.”

UW System faculty say they are pleased by the program’s success and encouraged by the reception from students and alumni.

“It’s great to hear this feedback about the quality of the data science program grads,” says UWL Professor Jeff Baggett, academic program director. “We built this program with career-readiness in mind, and that is paying off.”

Lynn Weiland, director of Extended Learning at UWL, says the program is an excellent example of the Wisconsin Idea, which states that education should influence people’s lives beyond the classroom.

DeMarest says no other online course or program can match the level of expertise provided by UW System faculty.

He has only one regret about his time in the program:

“That I didn’t start sooner,” he says.