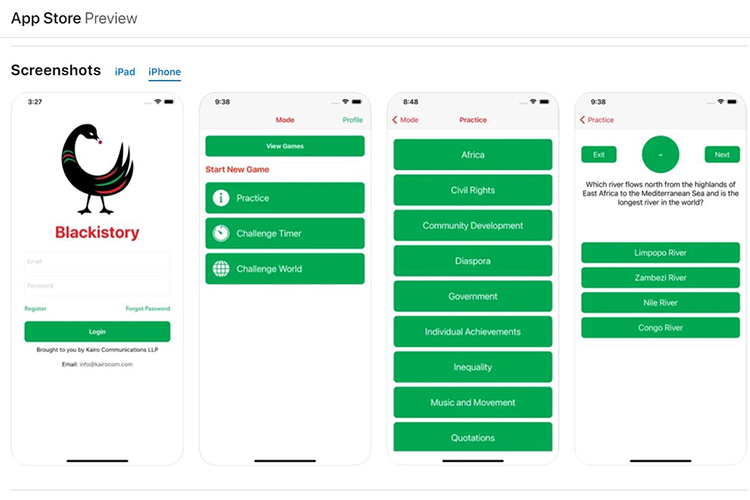 Deborah Blanks has turned a project she started for her son in grade school into a Black history app that will launch Feb. 17. It’s free and will be available in the Apple store, through Google and on the web.

Blanks, who earned her doctorate in urban studies from UWM, created the “Blackistory” app, with help from UWM’s App Brewery. The Brewery partners student developers with community members, health care providers and other nonprofit organizations to create a wide variety of apps.

Blanks’ app grew out of her teaching her own son, Geraud, about Black history. When he was 10, he was the only Black child in a predominantly white advanced math class, said Blanks. When he went out to the playground for recess, he told his mom he wasn’t sure if he should stay and play with his white classmates from math class or with the other black students.

“I told him, ‘If you’re a young Black man, it’s important you get along with both,’” Blanks said, but she also felt it was important he understood his own history. 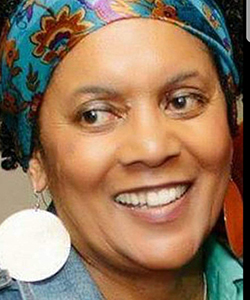 As a result, she came up with 500 questions about Black history that over the next 32 years she developed and refined into 1,000 questions. That grounding in Black history served Geraud well, she said.

“I saw he had a real understanding of who he was, his background and how history impacted him.”

Geraud Blanks graduated from UWM with a double major in Africology and communications, earned a master’s degree in communications and is working on his doctorate at Northwestern University. He is director of cultures and communities at Milwaukee Film. Along with wife, Element Everest-Blanks, and his mother, he owns Kairo Communications LLC, a communications consulting firm. Deborah Blanks’ focus in the firm is on research and analysis of racial equity issues such as police-community relations, government contracting and organizational capacity building.

After working with her son in grade school, Deborah Blanks thought it was important to help other young people understand Black history.

“What I learned as a single parent is that you can’t focus on making a better future for just your child only. You have to be committed to make the world better for all families.”

Learning more about Black history can benefit all people, especially in learning about the roots of racism, Blanks added. “The more you know not just about our struggle and the diaspora, but also our achievements and contributions in the U.S., the better you can understand the cause and effect, how all of this impacted where we are today.”

Those who shape and make decisions about people of color particularly need to understand this history, she said.

“Sometimes they don’t totally understand the people they’re making decisions about and how those decisions impact their lives. There is wisdom and talent and wonder in the Black experience that you should connect with and work to serve.”

The current version of the app gives users the chance to try out the 1,000-question quiz on their own or compete against themselves to see how quickly they can answer questions, Blanks said. They are fine-tuning one segment of the app that allows users can compete against others.

“Working on this project was a welcome change from our current medical and research-based projects, said Chase Letteney, senior iOS developer for the App Brewery. “Collaborating with Dr. Blanks on how to create an app where gaming and learning can be done in on multiple platforms was fun.”

Blanks plans to continue to enhance and improve the app, based on feedback, and is conducting research to create a smaller, separate app for Wisconsin Black history to bring it down to the community level.

It’s important for all to understand the significance of  Black history as part of U.S. history, she said.  “The level of respect Black folks are given should be magnified 100 times. We’ve shown our allegiance to this country, contributed greatly to it, and challenged it to be better and to live up to its ideals.”