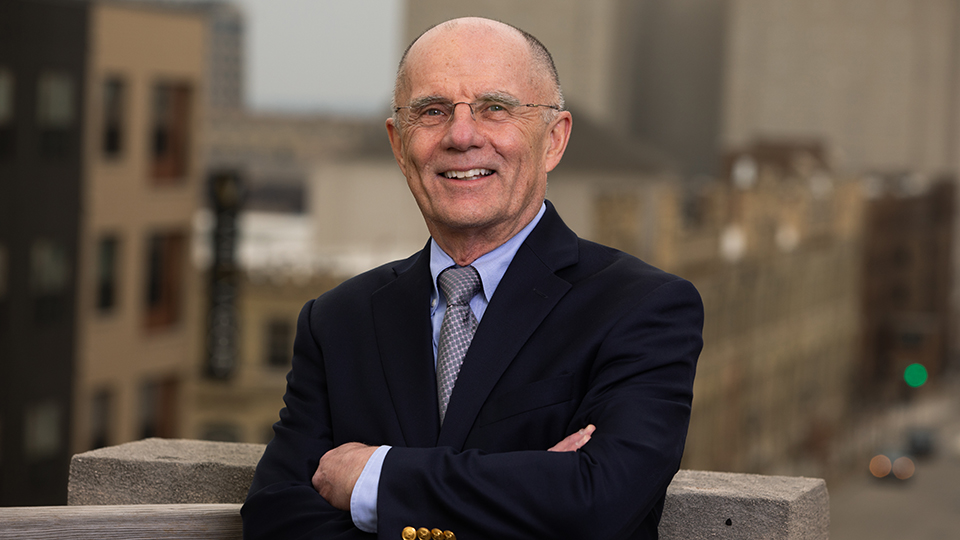 Tom Luljak has come a long way since his shaggy hair and mustache-affixed smile made the pages of the Advance-Titan to promote his rock show on WRST-FM.

The 1973 graduate of the University of Wisconsin Oshkosh has now had a storied professional career of more than 50 years. Or, as he puts it, he’s had three careers—one in journalism, one in corporate communications and one in higher education.

And if those are three separate careers, then what he’s up to now is either career No. 4 or, at the very least, an impressive coda. In October—just a few months after the start of his retirement—he became interim director at Wisconsin Public Radio.

“What I really like about this opportunity right now is this I think is going to be the cap end to my career, imagining that I really started my work … at the student stations at La Crosse and, of course, UW Oshkosh,” he said. “Public radio is the first place I began to apply my skills and now at the other end of my career I’m able to give back and share some of the knowledge that I’ve learned along the way to help ensure that Wisconsin Public Radio continues to be the vibrant strong and respected institution that it has been for more than 100 years.”

Luljak’s communications career can be traced back to his days as a paperboy on the streets of Cudahy. He was fascinated by the whole concept—that these people called journalists were gathering information and telling stories that were shared around the world.

After high school he went to UW-La Crosse with intentions of becoming a high school teacher. His interest in journalism remained, and one day he said he stumbled into the student radio station and his life was forever changed.

He soon realized he wanted to pursue both secondary education and broadcast journalism—but that UW-La Crosse didn’t have a clear path for that combination. “I looked around and I’d heard wonderful things about UW Oshkosh’s journalism program and I knew they had a relatively new broadcast facility,” he remembered. “So I did my homework and decided that as lovely as La Crosse is, I really needed to get to Oshkosh to fulfill that part of my dream.”

It was at Oshkosh he came into his own. He was able to chase his passions for teaching and media, supported by “amazing” people in the school of education and “incredible, supportive” faculty in the radio TV film department. The hands-on experience at WRST-FM—yes, including hosting the Rock 88 show as advertised in the A-T. By the time he graduated with a double major in radio TV film and speech education, he’d worked as the station’s news director, his first experience as a supervisor or manager in a workplace. 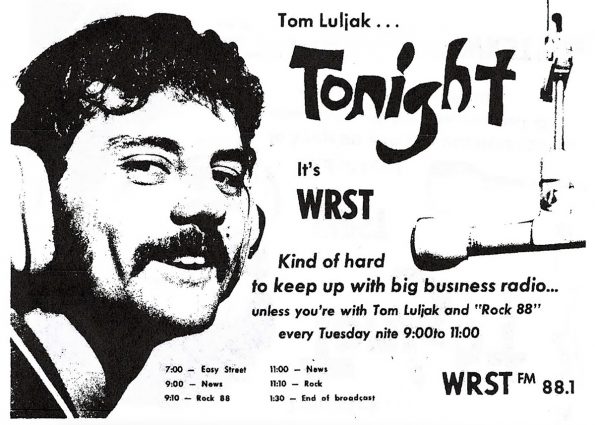 “I had an incredible time at UW Oshkosh,” he said. “It was the perfect school to help me meet my interest and my curiosity.”

In the decades that followed, Luljak would spend about eight years running the news department for WTMJ radio and TV in Milwaukee, where he won a Peabody Award for investigative journalism. He also taught courses on broadcast news, public relations and public affairs, among others, at both Marquette University and UW-Milwaukee. When he left journalism to run corporate communications statewide for Blue Cross Blue Shield Association, he continued to teach, and eventually he answered a call from UW-Milwaukee to run marketing and communications.

“It was just one of those cases of being in the right place at the right time,” he said. ” … I thought, ‘What could be better than to be in a place where I could use all of my journalism and communication skills I picked up on the corporate side and on the broadcast side, and combine those skills to serve higher education in the state?’”

Soon after joining UWM, he became interim vice chancellor and then vice chancellor. He’d serve in that role for more than 20 years before retiring last June. He’d been blessed by the opportunities that unfolded in front of him, he said, and had a wonderful career, but he was looking forward to spending more time with his two grown children and three grandkids.

Then came one more opportunity: WPR.

“I did a very important gut check with my wife and my kids,” he said. ” … They all encouraged me to do it, so here’s one more opportunity to serve.”

The interim director gig takes the 70-year-old full-circle. It was public radio where he got his start on UW campuses and now he gets to help one of the state’s prized media institutions while a national search is underway for its next leader.

Both the UW-La Crosse and UWO radio stations now are part of a statewide network with WPR, and earlier this week Luljak returned to the Oshkosh campus to meet with members of the RTF department. The goal of the visit, he said, was to get a better understanding of how WPR can best serve WRST-FM and its audience.

“I hope people in Oshkosh realize what a gem the University is because sometimes when you have an institution that’s right in your backyard you can take it for granted,” he said.

He also said if the opportunity presented itself, he hoped to take a seat in front of the microphone where a half-decade ago a shaggy-haired student sent Rock 88 out on the airwaves.