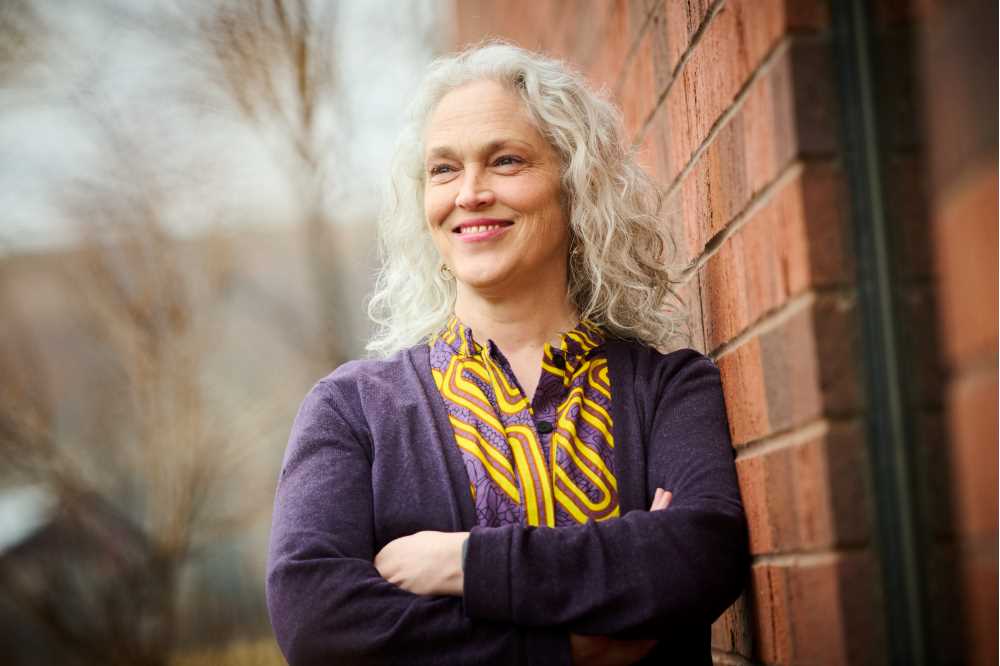 In 2005, UWL Associate Professor of English Susan Crutchfield published an article about Helen Keller’s short-lived career in vaudeville. Surprisingly, Crutchfield was contacted this spring by one of the most popular radio shows in America — Radiolab, which wanted to interview her for an upcoming episode.

In 2005, Susan Crutchfield used a UW-La Crosse research grant to produce and publish an article about Helen Keller’s short-lived career in vaudeville.

The article generated some initial buzz, but in the 17 years since, Crutchfield assumed it had gone to rest in a quiet, mostly forgotten corner of the internet.

Then she received a call from one of the most popular radio shows in America.

“The call was totally out of the blue,” says Crutchfield, an associate professor of English at UWL.

She was contacted by a writer from Radiolab, a show produced by WNYC and heard by hundreds of thousands of people each week. “I told them I would answer their questions, but since it was going back almost 20 years, I wasn’t sure how useful it would be.”

Crutchfield’s research and clips from her interview were featured in the show’s March 11, 2022, episode, “The Helen Keller Exorcism.” The show explores one deafblind woman’s complex relationship with the memory of Helen Keller.

Crutchfield’s expertise — which extends beyond Keller and into the broader portrayal of people with disabilities in literature, drama and film — was particularly useful during the portion of the show reflecting on Keller’s time as a performer.

Most people are familiar with the story of Keller’s childhood: a young girl, deaf and blind, learning to read and write with the assistance of her teacher and companion, Anne Sullivan.

Fewer know that, as older women in need of money, Keller and Sullivan performed their story in theaters across the United States and Canada — a topic examined in Crutchfield’s 2005 article, “‘Play[ing] her part correctly’: Helen Keller as a Vaudevillian Freak.”

Crutchfield concludes that, because prevailing socioeconomic conditions limited career opportunities for women and people with disabilities, Keller had to abandon her political aspirations and embrace a theater circuit she may have otherwise avoided.

“One of the more important things about her adulthood is her political activism. She was very much on the side of workers’ rights, unionism and even socialism,” Crutchfield explains. “Vaudeville was this job that she and Anne Sullivan Macy took because they didn’t have another way to make a good living. They were both getting older. Anne’s health had never been great. And the lecture tours they had done in the past were too draining.”

Crutchfield says she was delighted to see that her article and insights proved useful to a show with so many listeners and so much name recognition. She was impressed, she says, by the way producers wove her contributions into the fabric of the larger, more complicated story.

The overall experience can offer lessons for researchers from other subject areas, Crutchfield says.

First, note-taking and documentation is vitally important. While the physical documents Crutchfield collected during her original research were long ago discarded, the notes she had saved on her computer allowed her to bridge gaps in her memory.

Second, good research is valuable, even if the payoff isn’t obvious or immediate.

“I’m thrilled that it got this kind of public audience — not just scholars, but other folks who listen to the show,” Crutchfield notes. “It’s gratifying to know that, when I published this, it didn’t just sit there with nobody reading it. The thing this really impressed upon me is that research lasts.”