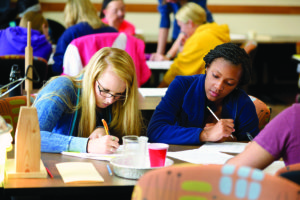 The State of Wisconsin has made long-term investments in the University of Wisconsin System. Most of the key academic and research buildings on campuses have been built through state bonding.

In addition to the long-term capital investments, the state contributes to the annual budget of the UW System.