Dr. Saemyi Park is an associate professor of Political Science at the University of Wisconsin-Stevens Point. She received a doctoral degree in Political Science from UW-Madison. Dr. Park holds two master’s degrees in International Communications from American University (Washington D.C.) and in Political Science from Sookmyung Women’s University (South Korea). Her research agenda centers broadly on studying the politics and policies of differences and commonalities in racial and ethnic groups in the United States. In particular, Dr. Park’s research interests include political representation, political participation and civic engagement, and public opinion of racial and ethnic groups. Her most recent journal publications study Asian Americans’ immigration attitudes and feelings of commonality with other racial groups.

I believe that teaching is an evolving and reflective process and that learning occurs best in an interactive and lively class environment. I seek to foster students’ deep understanding of American politics because I strongly believe that gaining basic information about the American political system is a valuable asset for every American. I also believe that education is about the future as I am preparing students for higher levels of education and careers that may not even exist today. In addition, I help students liberate themselves from their preconceived opinions on subjects because an open mind to different perspectives and receptivity to new knowledge are important for student success. 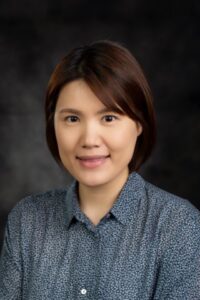