The President has full executive responsibility for the operation and management of the University of Wisconsin System. Reporting to the 18-member Board of Regents, the President carries out the duties prescribed in Wisconsin Statutes for this office and other such duties as may be assigned by the Board or in policy actions of the Board. The Vice Presidents and Chancellors report to the President. The President sees to appropriate staffing of UW System administrative offices, directing and coordinating the activities of these offices as needed to fulfill his or her responsibilities. 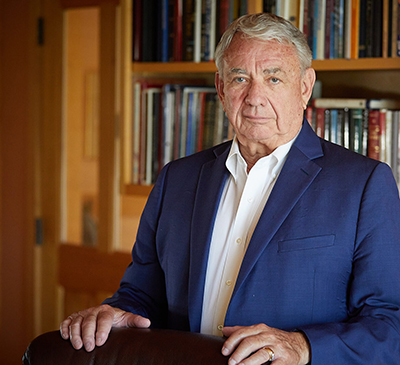 Warren Anderson was appointed University of Wisconsin System’s senior equity, diversity, and inclusion officer in January 2021. In this new role Anderson is charged with the development and implementation of a systemwide strategic vision that cultivates inclusive and supportive learning and working environments throughout the UW System; reflecting the richness of its students, staff, and faculty. He works with the senior diversity officers at all UW System universities and serves as an advisor to Interim President Thompson.

Anderson previously served as vice chancellor for equity, diversity and inclusion and student affairs at UW-Eau Claire where his transformative leadership was evident in both student affairs and EDI initiatives, as well as the University’s response to the COVID-19 pandemic. As a strong advocate for underrepresented students, Anderson made UW-Eau Claire a more inclusive community on all its campuses. His strategic vision and direction resulted in the establishment of a Center for Racial and Restorative Justice to serve as a national model during this time of social and cultural change. Previously, Anderson served as vice president for inclusion and diversity, chief diversity officer and Title IX coordinator at Harrisburg Area Community College (HACC) in Pennsylvania, a position he began in 2016. Under Anderson’s leadership, HACC received the 2019 Association of Community College Trustees (ACCT) Northeast Region Equity Award—one of three awards presented nationally, as well as the Charles Kennedy Equity Award. Anderson also served as associate provost for student success at Slippery Rock University of Pennsylvania, associate vice president of student affairs-diversity initiatives at Clarkson University in New York, assistant vice president for student affairs at East Stroudsburg University of Pennsylvania, and director of student access and support with the Pennsylvania State System of Higher Education. Anderson’s earlier roles in higher education include leading student activities, a federal GEAR-UP grant initiative, and university-wide minority student admissions and recruitment.

Anderson earned an undergraduate degree in Liberal Studies with a concentration in elementary and special education from Mansfield University of Pennsylvania, a master’s degree in multicultural education and urban transformation from Eastern University, and holds a doctorate in education with an emphasis in higher education from Widener University.

Provides support and services to UW System institutions in identifying and fulfilling compliance obligations from federal law, state law, and Board of Regents policies and promotes a culture that moves beyond regulatory compliance to one that embraces ethics and integrity.

Develops and implements the systemwide strategic vision for cultivating inclusive and supportive learning and working environments throughout the UW System.