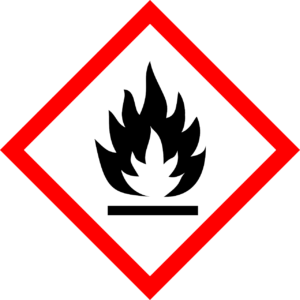 At the state level, the safe storage, use and transportation of flammable, combustible and hazardous liquids and the equipment and facilities used to store, transfer and dispense them are regulated by the Wisconsin Department of Agriculture, Trade and Consumer Protection (DATCP) under Wisconsin Administrative Code Chapter ATCP 93.

Flammable and combustible liquids are primarily regulated at the federal level by OSHA under 29 CFR 1910.106 (general industry) and 29 CFR 1926.152 (construction). The Wisconsin Safety and Professional Services (DSPS) has adopted OSHA’s general industry and construction standards as the rule for public employees in Wisconsin. No modifications or amendments have been adopted to the federal standards cited above. However, two modifications in related areas were adopted under Wisconsin Administrative Code Chapter SPS 332: Public Employee Safety and Health, sections SPS 332.24 and SPS 332.26.

In addition, the National Fire Protection Association (NFPA) sets consensus codes and standards for flammable and combustible liquids under NFPA 30: Flammable and Combustible Liquids, which are generally enforceable under OSHA and many state and local regulations.

The two primary hazards associated with flammable and combustible liquids are explosion and fire. Flammable liquids are particularly hazardous due to their ability to produce vapors. This vapor mixes with air and burns quickly when the flammable liquid is heated to its flashpoint or above and is ignited. While there is a technical distinction between “flammable” and “combustible” liquids, both burn readily and intensively, are explosive under certain conditions, and if not properly contained can spread fire rapidly and uncontrollably. Safe handling and storage of flammable liquids requires the use of appropriate equipment and practices.

A flammable liquid is defined by NFPA as a liquid whose flash point does not exceed 100°F (37.8°C), when tested by closed‐cup test methods, while a combustible liquid is one whose flash point is 100°F (37.8°C) or higher, also when tested by closed‐cup methods. However, OSHA defines a flammable liquid as any liquid having a flashpoint at or below 199.4°F (93°C), and these liquids are further classified into four categories. Please keep in mind that these are the NFPA and OSHA classifications. Other regulatory schemes define these materials in different ways, so it is important to consider how the material is being used (and therefore which regulation applies) when managing flammable and combustible materials.

This publication was prepared for environmental, health and safety staff at University of Wisconsin System campuses, to assist in finding resources and information for regulatory compliance. It is not intended to render legal advice.