The Office of the Vice President for Administration is responsible for the overall efficiency and effectiveness of the University of Wisconsin System institutions. It advises the Board of Regents, President of the UW System, and UW universities in formulating, interpreting, and implementing policies related to sound business operations, oversight, and strategic planning. It also provides leadership for systemwide projects to ensure highly functioning services consistent with best practices.

The Vice President supports the President of the UW System in developing recommendations to assist the Board of Regents in fulfilling its responsibilities to maintain and advance public trust and to engage university leadership in strategic planning and consensus-building regarding the development of infrastructure, facilities, and human capital. 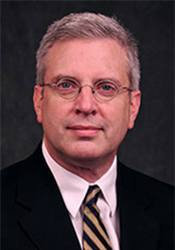 James Langdon joined the University of Wisconsin System as Interim Vice President for Administration in November 2020 and was named to the position on a permanent basis in August 2021. As UW System’s chief operating officer, he oversees facilities planning, information technology, human resources, and other areas. He works with chief business officers at all UW System institutions and serves as an advisor to the UW System President and the Board of Regents. Previously, he served as the Administrator for the Division of Enterprise Operations at the state Department of Administration (DOA), a position he began in July 2015. Langdon previously served as Administrator of the DOA Division of Administrative Services and Chief Operating Officer at the Wisconsin Housing and Economic Development Authority (WHEDA). From 2001 to 2010, he managed the DOA Divisions of Intergovernmental Relations, Enterprise Operations and Energy Services. He served in several senior management and policy positions at WHEDA between 1989 and 2001.

Fletcher earned a Bachelor of Science degree in communication arts and sociology from UW-Superior (Go, Yellowjackets!). He also holds a doctorate in higher education administration from Michigan State University (MSU) and a Juris Doctorate from the MSU College of Law. As a British ex-pat, he still insists on calling soccer “football.”

Offers institutional partners guidance and expertise in capital planning, budgeting, and architectural/engineering services to assist them in developing and maintaining their biggest single physical investment – university facilities. This office also develops the Board of Regents biennial capital budget request.

Oversees the security of UW System Administration's information and supports the academic and research ambitions of the UW community.

Supports the use of technology to enhance the teaching and learning mission of UW System. Also supports information technology systems and services for UW System Administration.